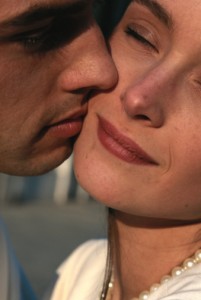 â€œVariety is the spice of life.â€ Thatâ€™s what one of the first â€œgood guysâ€ I dated said when asked about what he thought about monogamy. We were at a party and all heads seemed to turn in my direction. I was known as a pretty strong person back then (::cough- bitch-:cough: cough ) and they were all waiting for me to hand his ass to him on a platter. I wish I could say that I shot something back that knocked him down a notch and he begged for forgiveness as I finished his beer. All I remember is the people staring and the sunken feeling in my stomach when I realized he wasnâ€™t who I thought he was. He was supposed to be my good guy, my lifeâ€™s reward for not choosing my normal dope smoking, law-breaking rebel. I saw him as my possible soul mate until that moment. Weâ€™d made mistakes but we were ready for a chance at something real. I thought that we both felt that our bond was special and that we didnâ€™t need to look out side of the relationship for, well, anything.

Iâ€™ve always dated the edgy ones or the guys that parents loved but his peers knew to be trouble. I jumped from one cheater to another through most of my teens and young twenties. Sometimes I strayed too but mostly I faithfully stuck by my cheating man. I hear â€œGood guys finish lastâ€ in movies and from â€œgood guyâ€ friends. Do guys really think we donâ€™t date them because they are sweet, loyal and kind? More importantly, do guys really think women want someone who treats them bad? Bad boys donâ€™t pretend Iâ€™m their only one and make grand declarations of undying love. He might be â€œbadâ€ but at least heâ€™s honest about it. The rebel might not come out and say that heâ€™s up to no good but you know that he knows that you know and everyone must know â€“you know. A confusing bit of honesty but honesty none the less.

In my opinion, women shy away from the good guys because those relationships cut the deepest. The confusing honesty of a rebel is easier to take than the knife to the heart we get from someone who treats us like a queen while heâ€™s trying to score with the ladies in waiting. We get wrapped up in the smoke and mirrors of someone who makes us feel special as we fall in love and allow our protective walls to crumble. Then a text is seen or an e-mail and, for the really unlucky ones, a loverâ€™s conversation–None of them for us. Something dies in a womanâ€™s soul when that happens. We may try to mend the relationship but it will never be the same. A cut might stop bleeding but the skin, the protective covering, is forever altered.

No one is above cheating. No one is immune to feeling special when given attention. Iâ€™m not even sure if women and men should be monogamous. Could the dynamic of “good guy” – “bad boy” or even the feelings of falling in and out of love just be nature’s way of making sure we don’t get to comfortable with one person. Maybe â€œVariety is the spice of lifeâ€ and Iâ€™ve been trying to make the wrong recipe.