“Which is the way that’s clear” 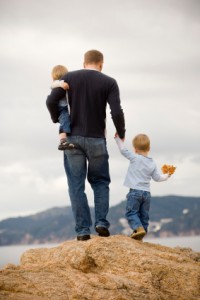 So why is it that our society has become so over whelmed with parents who have tried so hard to bring up their kids to be so good and tried so hard to show them the right path to take. What happened to the young kids that listened to the old timer and said to themselves, “Well he has been around awhile so maybe what the old guy has to say really has some meaning.”

One of the biggest threads on this blog is “High School Age Limit.” Can you believe it? Everyday this is one of the most read posts on Wrongblog and every now-and-then there is a young person looking for the answer of “What is the limit” or “How do I finish school, I made a mistake?”

When thier children are in trouble, today’s parents seem to see the trouble for what it is and are already sitting in the hot seat – we can see where these kids are headed, possible consequences, and they are off to the mall or with their friends to have a good time like nothing is wrong in their life… What’s up with that?

Have we created a generation of lazy you owe me society of kids?

Why is it that parents have to feel guilty and the kids now days don’t have a care in the world?

I think the thing that blows me away the most are the young men who have no pride and are willing to stay at home and take care of the kids and play Play Station while the woman that had the baby goes to work and supports everything. You have got to be kidding! If the kids today spent half the time to build and manage a website instead of playing their games they would be millionaires.

I know I didn’t dress my kids that way either… My God, pull up your pants I do not want to see all that!!!

I don’t know what the answer is and why the young girls think it ok to stay at a young mans house over night instead of their own beds at their own homes. Even if the couple is not “sleeping” together, a young lady does not do this, I’m sorry if you feel different but it’s called values and morals and if you want to take it one step further ask “What does your God say about such things?”

I think we have lost our way as a society in whole there. Is so much turmoil hitting us from every direction that most have just become so over whelmed, have so much to think about that they become numb and just don’t think about it at all. “I had so much to do today I didn’t know where to start so I didn’t get anything done” Overwhelmed by life itself.

I bet there are many of you parents that are tired of hearing “I got it MOM” Or “I know Dad.” If we thought they knew then why the hell do they have to be told the same thing everyday!???

So tell me this, how does a parent get over the guilty feeling or the hurt feeling of failure – even though they did the best they could – when their children get suspended from school, caught with drugs, pregnant and no future plans and not even married?

Share it with the rest of the parents ’cause they all want to know where to put theses feelings it’s way to much of a burden to carry around. Leave it in the comments ->